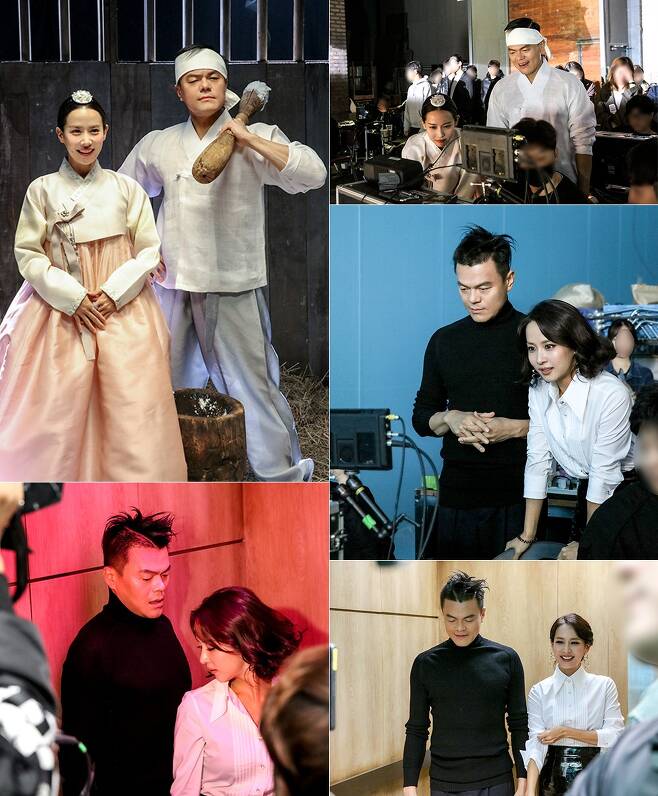 The two people who concentrate on shooting in behind-the-scenes photos are guessing their professional aspects, and the seriousness of working hard to monitor for the best results attracts attention.

The music video surpassed 2 million views of YouTube in 27 hours, surpassing the trend of Park Jin-young's mega hit song "Who's Your Mother (Feat. Jesse)" music video.,It has surpassed 4.36 million views at 9 am on March 3, and is continuing its steep upward trend.